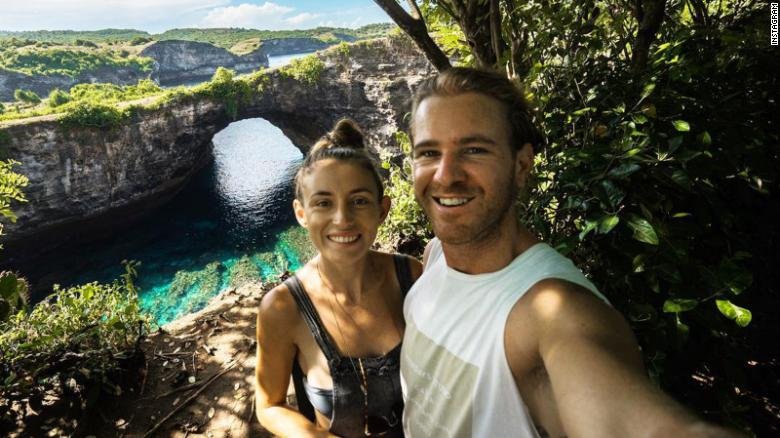 A British-Australian couple (she’s British – he’s Australian), left their jobs to create a travel channel where the aim was to show that there are no dangerous countries, but ended up trapped in a cell in Iran.
The couple are now facing up to ten years in prison after being caught in July operating the drone without permission in Tehran. They claim to be unaware of the country’s strict drone operation policies (we have seen that before).
In addition to being mocked on YouTube and Instagram for trying to prove the country is safe. Some Iranian publications criticize the couple for having a “white savior complex” and say they were “asking for trouble.”

Several comments from Iran say:
– “Cry me a river. Iran has every right to arrest anyone who violated the law particularly that puts their interests at risk.”If she did that in Israel, US, she might have been raped and killed even without any trace of her.”

Another Iranian critic said: “You’re just asking for trouble. They knew very well it was illegal, and still chose to be the typical ‘white tourists who break the rules’.. well now you face the consequences.”

Getting arrested in Iran. Anything for the gram … Can you post a video of your arrest?

A third Iranian troll said: “If you don’t respect the law, you get arrested in civilised part of the world. Don’t fly drones without permission and licence particularly over military region. IRGC did a good job.”

Vile comments also came from people in other countries, including one who wrote: “The white saviour complex in action.”

And an American man wrote: “Wow it’s the privilege that really gets me.”

One sick troll joked: “How’s the hotel?” and another asked the young couple: “Why do you look like classic low level spies though?”

But other commenters defended the pair, including some apparently posting from Iran who hit out at the fanatical regime.

The white savior complex in action … it’s the privilege that really gets me.

One said: “Don’t worry they are safe and will return home soon. News say they were filming a drone in military area. They probably didn’t realise it, the government is very sensitive on these issues. I think aerial filming in military areas in any country is forbidden.

“We are also saddened by this but don’t worry they are safe and will return home soon just send good vibes.”

One woman cautioned: “Let this be a cautionary tail that you must be careful when travelling to foreign countries that you must know all their laws and customs because you never know what they may find issue with.

“Here in the state we laws against drones but I’m not sure how it works everywhere else. I hope the government chalks throw up to two young adults making a unintentional mistake with no malicious intent and let them go.” 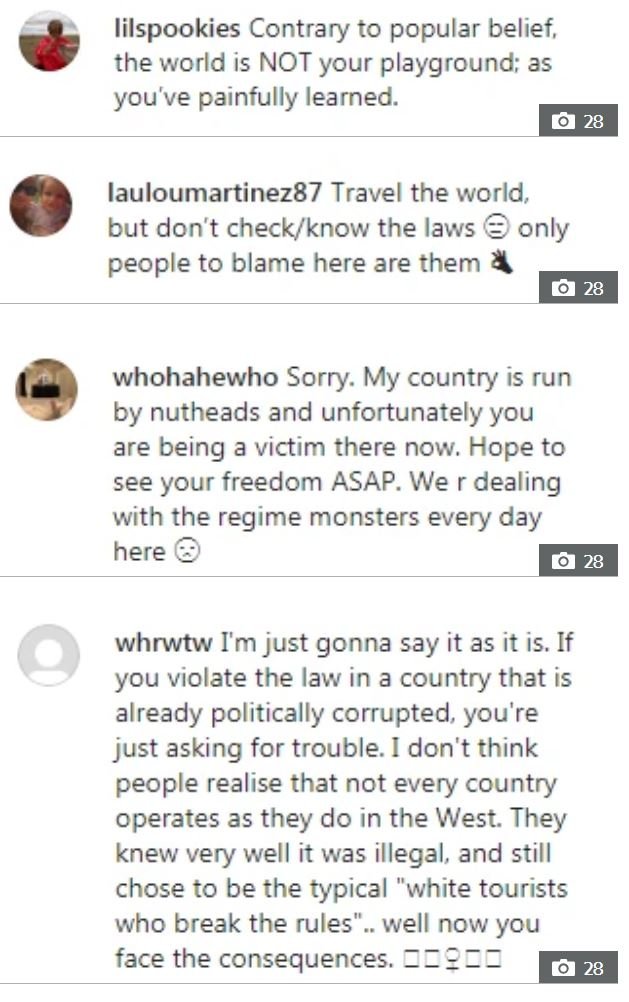