The reasons for going viral are soundtrack, sound effects, camera movements but most of all through the published tutorial, where we see a video similar to those recorded by robot cameras like BOLT, made only with a lens and camera in hand. I think it is important to promote videos like these because I always see people delaying their work using as an excuse that there is no stabilizer X, camera Y or lens Z.

Talking about the lens, in one of the tutorials we can see that the lens used is a Canon 10-18mm F4 -5.6 with an adapter (the cheapest one) attached to an A7s II. 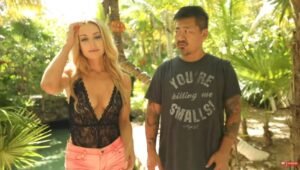 How To Work With Models: Don’t Be A Creeper