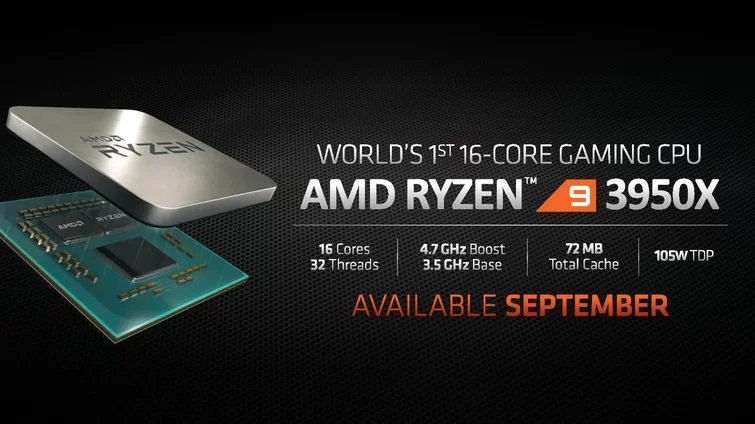 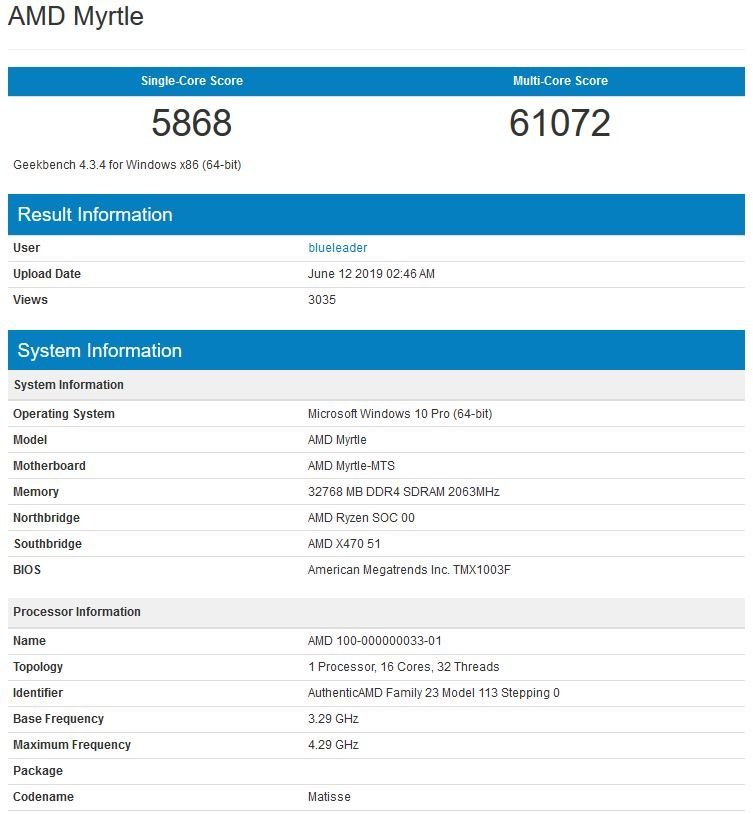 Besides that, this test seems to have been done with a Ryzen 9 running at 3.3GHz and 4.3GHz Turbo, values below those expected on the final chip, which is advertised as being 3.5GHz and 4.7GHz. Extrapolating the results, this will make your single-core score go from 5868 to around 6400 points – and if that is the case, it means that it will also be ahead of the Intel Core i9-9900K, which stands at 6209.
If these results are confirmed, the outlook is quite tricky for Intel, as AMD now dominates in single-core and multi-core performance, as well as its reduced power consumption (not to mention that it can also start taking advantage of PCIe 4.0).