Lawrence Sher, ASC has done what so many aspiring cinematographers can only dream of – in the space of two decades, he’s gone from shooting no-budget productions to the biggest tentpoles in the circus. With a non-standard background – he majored in economics at Wesleyan – Sher began in the mid-1990s, making some charming indies (Kissing Jessica Stein), followed by successful small-budget comedies (Garden State), and then a run of studio comedies and action flicks (The Hangover films, The Dictator, The Dukes of Hazzard). Then he made a graceful segue into action-VFX with Godzilla: King of the Monsters and put it all together with a socio-political drama that defies categorization and continues to crush it at the box office – Joker.

How’d he do it? “I always say it’s attitude,” says Sher. “Enthusiasm is going to get you a whole heck of a lot farther than talent. The talent is going to get you somewhere, and ultimately talent will be what drives you creatively. But I think the interpersonal aspects of filmmaking are paramount to your success. The stakes are really high. Everyone I know who works in film, in all departments, cares deeply about what they do. Because of that internal pressure we all put on ourselves, and the time limitations, production can be so stressful.”

On Joker, Sher reteamed with director Todd Phillips. It was their sixth film together. “I see my number one job as a cinematographer as taking away some of that burden for the director,” says Sher. “Having now directed a film [Father Figures, starring Owen Wilson, Ed Helms and Glenn Close], I can empathize even more. As a director, you can feel alone on an island, peppered with a thousand questions every day. The most important thing you can get from your collaborators is some help with that weight, so it’s not all on your shoulders. I wake up every day caring as deeply about the movie as they do and wanting just as much for it to succeed. And I think that’s been a key part of what success I’ve had.”

Sher says that one helpful habit of the mind is to approach each day as if he’s already two hours behind. “Every single moment of shooting is a way to make sure that we get everything we want to get over the course of that day,” he says.

On Joker and Godzilla: King of the Monsters, Sherand his team shot with the ARRI ALEXA 65, maintaining that efficiency with a Codex workflow. DIT Nick Kay used a workflow built around the ARRI ALEXA 65 and Codex tools like the Vault 65 and Codex Transfer Drives. The additional data for 5K resolution was deemed worth it by the studio in part because the camera team knew it wouldn’t slow things down appreciably.

“The workflow was seamless,” says Sher. “For most of the time that we’ve been living in a digital world, the idea of gaining front-end resolution wasn’t really a major factor. But I think there’s been a tipping point this year. As we approached Joker, making the decision to shoot ALEXA 65 in 5K, people at Warner Bros. seemed to appreciate having a 4K master – something that wasn’t usually an option just a year or two ago. With everything that comes into play – the various deliverables, future-proofing, and archiving – whatever the reason, I felt that this year there was a shift at the major studios. Once we made the decision, we pushed it forward with no problems at all.”

Phillips and Sher agreed on the format in part because the larger sensor facilitated using depth of field to isolate the Joaquin Phoenix in the frame. “It’s a character study, and we knew it would be told a lot in close-ups,” says the cinematographer. “A 40mm can give you a medium lens feel but still have the field of view of a wider lens and allowing the camera to be physically closer to the actor, which conveys a certain feeling.” Sher shot nearly two dozen features on film emulsion before making the switch to digital. “When Nick and I worked together on The Dictator [2012], the ALEXA had been out for a year or so and ARRIRAW didn’t exist,” he recalls. “Extremely Loud and Incredibly Close was being made at about the same time, so it was in the early stages. The recorders were external, and producers suddenly had to deal with new line items that had not previously existed, like data management. Nick was amazing at working that all out.”

Soon after that, ARRIRAW was made dependable, convenient and fast by the advent of internal Codex Digital Recorders. Eventually, Codex played a crucial role in adapting the data science to the exponentially bigger files produced by the ALEXA 65. The result has been new visual power for cinematographers and directors.

“When I’m considering changes in technology, I ask whether it comes with caveats,” says Sher. “When digital got to the point where we could shoot it and treat it like film without any exceptions, then you could make the decision aesthetically. That was a game-changer. And now, with the ALEXA 65, the technology was the right tool for Joker. I’m very happy with the look of the film.” 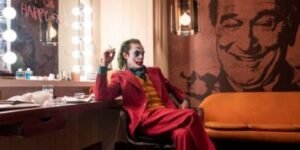 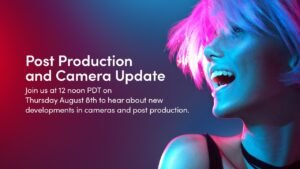